The origin of your roots

After a series of evenings in 2016 in Lekkum, we traced the Frisian roots to the origin in the stars. This later turned out to was needed for my personal anchoring on Earth. The Frisian roots series has opened a lot in me and in the collective and I have therefore experienced the importance of understanding our own roots.

Some time ago I read a blog that would not let me go. It was about a possible source of the Frisian people, a story that put some things in their place. An island below Greenland that had a half million inhabitants was mentioned. The seafaring and trading people known as the Frisians was said to be from there. Nothing is known from tradition and I don’t know any old stories of the ancestors, still I felt that there was a kernel of truth to this.

The first edition of the Frisian roots is a success. We searched for our Frisian roots on a voyage. We arrived at an island with mountains, at wide open green plains, even a Caribbean island. We experienced different forms of decay, a sinkhole, a tsunami and I saw a huge hole appear in the water, which the mountain and the island disappeared into. But the inference was that this was only the side of the physical 3D layer. On a different layer the primal island was still there and it’s time to come into contact with it again. The Frisian people was a wise nature people which was deemed too powerful by a dark invading energy, which caused it to interfere. With a configuration we freed ourselves from three suppressive lines. These were connected to three different times that the Frisians were suppressed. A connection to the original Frisian people could be reestablished. A bridge was made to transfer the wisdom to the here and now. In another configuration the theme was blame and responsibility. A force was buried in the past, surrounded by death. It was excavated. The roots went into the earth and a tree became visible.

The second edition was mostly about bringing the knowledge to the here and now. There was a number of blockages that made it so that the knowledge couldn’t flow into this time, mostly about the inner child. We went further back in time here and came to an area that looked like the Caribbean, but also a time that looked like Atlantis. There was abuse in working with technology and dark energy became trapped in the fields that shows now in problems with computers. Some dark gates were still open because the gatekeeper had become afraid of an energy that had come in. Confidence had to be established before we could free ourselves from that. The roots went deeper into the ground and a calm rose up. We ended in a circle and the knowledge from the cosmos that had once stagnated could freely flow to Earth. This warmed our hearts, and reinforced the grounding.

The third time there was no Frisian roots night, at least not physically on Earth. This was a chapter we had to discover within ourselves. Everyone will have to give meaning to their own puzzlepiece of the whole. For me a form came out of this that I also offer after the 4th edition. A way that I have actually used before, an accompanied meditation that brings you to the cause of wounds and ailments. I would not call it a regression because that often attunes to one life. Life is experienced as it was there too. In this form you can receive slivers of multiple lives, this can also be put right in the past, so that they are no longer a burden to the now. We work completely in the energetic layers, in the silence. The old Frisians believe that everything in life is a ceremony and that you don’t have to invoke anything because everything exists already. It’s about being present in that consciousness. And from that act and speak. Frisian ceremonies often come about in the moment, without premeditation or carried over forms. It’s something that can only work when the connection to your higher self is strong enough. That’s why this is only possible if the vibration of the collective is high enough again, so that we can resonate with the power of the old Frisians. If you are not yet confident in your power, rituals can help you work towards that. That is a good, beautiful and valuable thing. The inference was that around the concept of shamanism there was a lot of confusion and unbalanced ego. Us Dutch are somewhat displaced and searching and have collected a lot of rituals and gifts from other cultures, in order to remember our own roots. But what we sometimes do is identify ourselves with it. The temperance of the Frisians and the Dutch is our big strength and that’s why we have to go back to the simplicity, what’s really necessary in this moment? The true power of the Frisians is integrity, in my experience. It brings all deception back to the source.

This last edition for now was one of the most magical for me. The Frisians that are now bound to Friesland used to live much roomier. Since I have started rediscovering the Frisian roots I have realized that Friesland is not the core, the origin of this people. I feel more connected to a place far from here, in a more Northeasterly direction. The legacy, the energy does live here. This day was about discovering where our Frisian source lies exactly. I had felt that other energies and families are represented in different villages and cities in Friesland. The Frisian wisdom is buried deep in our family lines, it’s not always apparent in our language, rituals or method of working. The Frisian conveys his knowledge in silence, therein lies the wisdom. Just like my father who says he is not a spiritual man, but I see the connection with nature around him: elementals, elves and other magical creatures, one with a strong connection to the stars, the land and the water. As some may know I was allowed to bind the provinces of the Netherlands to the 13 Primal Colors, the powers that hold the Universe together and are the unity together. Friesland is bound with the 9th ray, the Wizard, the time traveller. Frisians are very good with time, we can steer the whole world according to their clock, and are always on time. The Wizard is also the energy of silence, of a formlessness that brings us to the core and source of things. I had already discovered that the cardinal directions were not invoked in Frisian shamanism like they are by the Qéros shamans from Peru. The Frisian lives under the assumption that everything is already there. You don’t have to protect yourself, because everything is allowed to be. The Frisian is upright, just like the power of the Wizard. He can learn to cope with his shadowparts, in order to bring them inside and become fully enlightened. In an accompanied meditation with drums and flutes we travelled through time and space to a tribe or civilization where the colour that we wear, the colour of our origin on Earth was represented. In this tribe we were allowed to discover what our role in the community is. We received a gift from one of the tribe members, which enabled us to make progress. My tribe gave me a flute to connect with the stars. It was my job to connect cosmic energies through stars and constellations, and bring them to Earth. In the next step the tribe held a ritual, every colour and every people did this in their own way. Through dance, meditation or a song. A beacon was built that could make a connection to the star the people came from, where the spark of their soul arose. 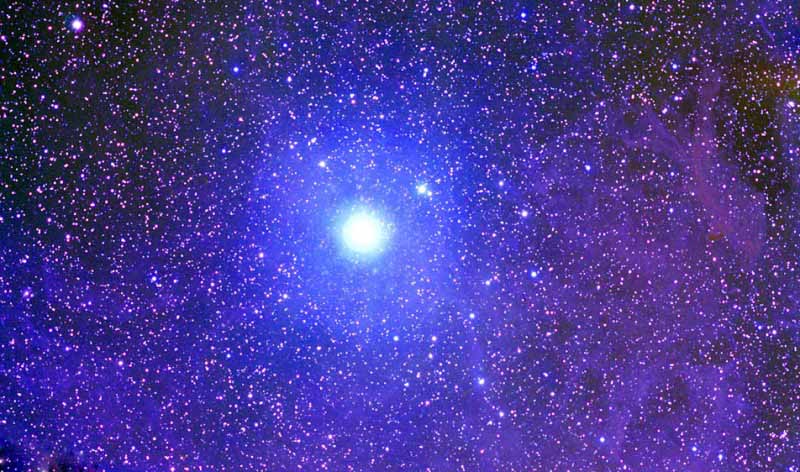 that could make a connection to the star the people came from, where the spark of their soul arose. This energy was collected with our home-star Polaris and landed in the tribe somewhere on Earth. For some this was a physical ancient civilization, for others it was one of ethereal nature with castles in the air and aerial creatures. The energy was lead to the now through that place, through family lines and landed in a place on Earth once more. The colour could be anchored here. One colour landed near Dokkum after going through Australia-Syria-England. One landed in Stavoren and another on Ameland. We all represented an energy, a colour, and it was time to connect them. One of the people was not able to get to her tribe and we looked at the obstacle that was in the way through a configuration. It had to do with the source of the Frisian people. She had travelled to other worlds and that had not ended well. When she had claimed her parts she connected with her star and her own colour. She received her wings once again. When she connected with her tribe again we were filled with happiness, she was in connection and could travel again. The Swan became visible as constellation and power. The Symbol of Friesland. The swan can open portals and travel through time and space. This is the core and the task of the Frisian people. In that silence of the subconscious the Frisian is in connection with everything. He is constantly travelling. I realize that I do this myself, in writing the Handbook I use Frisian wisdoms and earthings, by creating movement and collecting knowledge throughout all ages. (A few of us had already come into contact with the swan the weeks leading up to it, it is also the symbol of the Frisian Farms). The Frisians are a repressed people and it is not our intention to stand above others, we just want to occupy our place and share our knowledge with love. Knowledge that not only comes from this Earth but also from all corners of the Universe. It is becoming clearer to me that this is one of my tasks, I am slowly being prepared for being the representative of the Frisian country. Many a time I wanted to leave Friesland, but Friesland takes such good care of me. I always receive everything I need and am glad to live here. Many that I know experience the energy as heavy but in Friesland you are mostly confronted with yourself, Friesland brings you inward..